Alyson provided the following summaries of the below cases:

Kerry Johnson: CE and DDS put CL at light; literally no opinion put CL at more than light; ALJ Michaelsen put CL at medium, asserting that CE relied on CL’s shoulder problem which was not MDI, and that DDS based their opinion on CE. We successfully argued that CE’s diagnosis, despite containing the word “likely,” was sufficient to establish the shoulder problem as MDI and that therefore the ALJ erred in rejecting the light RFC.  Johnson Decision

Julie Grigsby: DDS put CL at light. ALJ rejected this based on “evidence received at the hearing level” which included no opinions, just more treatment records – some of which was demonstrably worse than what DDS saw. We successfully argued that the ALJ’s reasoning was not based on substantial evidence in the record.  Grigsby Decision

Forrest Erickson: VE testified that his job number estimates were based on various sources including BOLS. We submitted rebuttal evidence to the ALJ, including citation to specific evidence in the BOLS showing that the VE’s estimates were implausible, impossible (i.e. saying there are 25k lens inserters, when this number is greater than the total employment figure for the ophthalmic goods industry). ALJ did his own independent research and, without proffering his results, included a link to the BOLS website as a whole in his explanation rejecting our rebuttal (which stated there were actually 25k jobs per BOLS). Remanded, because even taking what ALJ said at face value, it showed (as we said) 25k jobs in the whole industry, not just for lens inserter.    Erickson Decision

Two others worthy of note:

Ficken v. Saul: We argued that the “range of work” requirement (Lounsburry, Maxwell) applies to sedentary as well, and that the plain language of the rules requires that the “work” for sedentary grid must be skilled, not skilled and semi-skilled as in the light grids. Although Tommasetti v. Astrue stands to the contrary, we essentially patched the holes in that argument, and argued that it should not be followed. OGC stipulated to immediate payment rather than defend Tommasetti.

Duong v. Saul: Straight numbers argument. VE gave occupations at step five totaling 11,829 jobs in the national economy. We argued that that’s not significant numbers – noting Gutierrez (25k is a “close call”) and Lemauga (unpublished, noting that the Commissioner declined to argue that 12,600 was “significant”). OGC stipulated to remand for further proceedings rather than argue it.

The Convocation on Equality will take place online 11/5/21, and speakers are sought for the event. This year’s theme is Charting the Way Forward: Addressing Bias in the Oregon Legal Community and Judicial System. They are hoping to feature innovative and interactive presentations that address our biases within ourself, our profession, and the justice system as a whole. There is also an option for your proposal to be included in a OSB database for potential future presentations.

You can submit a proposal to speak here: https://forms.office.com/Pages/ResponsePage.aspx?id=DQSIkWdsW0yxEjajBLZtrQAAAAAAAAAAAAO__Syhi_xUQTI0MlBQNE5QNkQ1VzRSRVJXWlRHQkkwMS4u

The VA is offering COVID-19 vaccines to all veterans, their family members (who are 16+ years old), and their caregivers. Learn more here: VA Vaccine Info

Attorneys and their age-eligible family members became eligible on April 5 for the vaccine.  Attorneys are a part of the “legal frontline workers”, which includes court staff, judges, attorneys, court reporters and parole and probation officers. Check your email for more info on this- the Bar sent an email out about it on April 6.

All adults will be eligible for the vaccine in Oregon beginning April 19.

Oregon has a “get vaccinated” tool to help determine eligibility and find a vaccine. The eligibility has been expanded in the past week to include several new large groups. https://govstatus.egov.com/find-covid-19-vaccine

We are considering hosting a virtual lunch and learn, in which a medical provider would speak on the potential long-term health impacts of COVID-19, related to how those impacts may affect advocacy for clients with disabilities. This would not be for CLE credit. If you’re interested, please complete this very short survey: https://www.surveymonkey.com/r/WGXBCCF

This round of stimulus payments includes payments for adult dependents with disabilities. Payment will go to the individual claiming them as a dependent.  The Social Security Administration previously indicated stimulus payments would not count as income for SSI recipients and would be excluded from resources for 12 months. Read more here: https://www.disabilityscoop.com/2021/03/19/stimulus-payments-headed-to-adult-dependents-with-disabilities/29250/?fbclid=IwAR0O8wfx30zRLjUdl9G8GoQraUMXFptQ335VhCcgML4WWzn1s6_-NDumo7o

Law Clerks for Diversity is hosting an event in partnership with the National Disabled Law Students Association. They will have a panel of former law clerks talking about navigating the hiring process and clerkships with a disability. The event is 3/24 at 12:00 PM PST. Register here: https://www.eventbrite.com/e/disability-and-judicial-clerkships-panel-tickets-145735939117 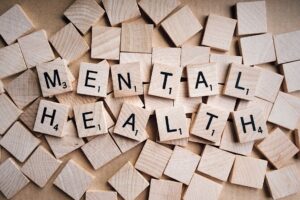 The Law & Mental Health Conference, which is focusing this year on Reducing the Impact of Alcohol on State and Local Governments, is being held virtually, July 19 & 20, 2021. Early Bird registration is before April 1 and offers a 30% discount. Find out more and register here: http://www.lawconferences.org 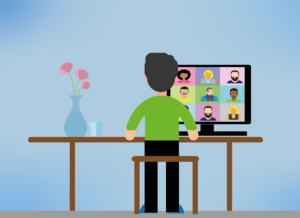 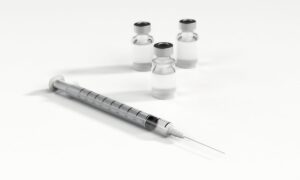 Individuals within Group 1A can now receive the COVID-19 vaccine- and that group includes: “Homecare workers, personal support workers, and personal care attendants, along with the people they support, are eligible to receive vaccinations now at vaccine clinics statewide,” as well as adults with I/DD who receive foster care or group home services and employees of such homes, residents and employees of skilled nursing facilities and memory care facilities, and several other groups relevant to individuals with disabilities. Group 1A includes individuals providing both paid and unpaid care to the vulnerable populations who are a part of this group.

To determine Group 1A eligibility, check here (note that Group 1A was originally separated into 4 subgroups, but those subgroups are currently abolished and all of Group 1A is eligible to receive the vaccine):

Chart of Group 1A and Group 1B

SEIU503 hosted its first clinic with OHSU this past weekend, giving home care workers the opportunity to get the first dose of the vaccine- they have stated more clinics will be planned. There are other clinics planned around the state through different unions/organizations/medical facilities; any clinics we see that are open to individuals with disabilities and/or their caregivers will be shared here. Some medical facilities have indicated they are able to administer the vaccine to Group 1A members at their clinics/hospitals; for example, appointments can be made through Kaiser. If you’re a Kaiser member, and a Group 1A member, you can make an appointment online (simply go to your KP.org account, schedule an appointment for “COVID-19 vaccine”), and you can schedule an appointment by phone for non-members.

1/22 update: Clinics are being held 1/25 and 1/26 for individuals with I/DD and their family/caregivers to get the vaccine. They are not accepting walk-ins, appointments can be made here: https://lvc.lhs.org/3PYsKfvw; Call Center Phone: 971-268-5550

2/4 update: There is now a screening tool to help you determine if you currently qualify for the vaccine, and there are resources to find an appointment. https://www.ohsu.edu/health/covid-19-vaccines-information-and-appointments

On Dec. 28, 2020, the 9th Cir. court decided Ashe v. Saul. Plaintiff and her counsel contended neither ever received notice of the Appeals Council denial, resulting in an untimely appeal. Defendant argued that it was presumed that Plaintiff received the notice 5 days after it was mailed. The Court held that Plaintiff met her burden to rebut the presumption she’d received the notice; Plaintiff and her counsel, as well as counsel’s assistant, signed affidavits declaring they never received notice, and the only proof of the notice Defendant pointed to was the copy of the notice in the record which did not have any proof the notice was actually mailed. The Court held that based on the facts, the burden had shifted to SSA to prove actual receipt of the notice. As the lower court had not performed the burden shifting analysis, the case was remanded.  Read more here: https://cdn.ca9.uscourts.gov/datastore/opinions/2020/12/28/20-15531.pdf

The Oregon State Bar Disability Law Section Executive Committee has established a fund to support the professional development of Oregon lawyers and law students who are interested in pursuing a career in disability rights, advocating for persons with disabilities, or who have personal experience overcoming barriers or discrimination. For more information, click here.

There are no upcoming events at this time.